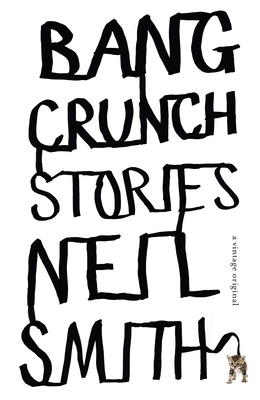 In Neil Smith’s nine stories, average people find themselves in decidedly unusual situations, as the mundane and the fantastic collide. A woman mourning the loss of her husband finds solace in talking to his ashes, entombed in a curling stone. The title story zeroes in on a girl with Fred Hoyle syndrome, whose age expands and contracts like the universe. The members of a support group for people with benign tumors begin to suspect that their meekness has caused their medical woes.

Bang Crunch creates an extraordinary world inhabited by all-too-human characters, and heralds the arrival of a literary talent with an unfailing, exacting concern for the profundities of our lives.

Neil Smith is a Montreal writer. He has won an honorable mention at the National Magazine Awards in Canada, first prize at the Eden Mills Writers' Festival, and was nominated for the Journey Prize, one of Canada's most prestigous literary awards, three times. He is also a French translator.

“Marvelously readable and inventive.... Smith's work is vehemently quirky but executed with the panache and facility of a polished veteran.”
—San Francisco Chronicle

“An assured and imaginative short-story debut. Smith's ability to write from an absurdly wide ranges of character perspectives...is a disarming delight.”
—The Washington Post

“Flamboyant and impishly humorous. . . . Bang Crunch? That's the sound of a talented new writer making his mark.”
—The Toronto Star

“A remarkably fresh and self-assured debut. . . . Smith demonstrates the range of both his imagination and his empathy. . . . [He] is not just a natural, he's a kind of literary chameleon. He adopts the voices of men, women, and children with equal ease.”
—Quill & Quire

“Smith seems able to write about anything with flair and sympathy. . . . Bang Crunch is great fiction.”
—Toronto Globe and Mail