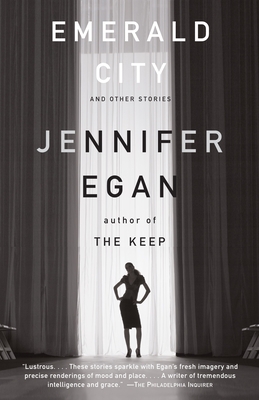 These eleven masterful stories – the first collection from acclaimed author Jennifer Egan – deal with loneliness and longing, regret and desire. Egan’s characters – models and housewives, bankers and schoolgirls – are united by their search for something outside their own realm of experience. They set out from locations as exotic as China and Bora Bora, as cosmopolitan as downtown Manhattan, or as familiar as suburban Illinois to seek their own transformations. Elegant and poignant, the stories in Emerald City are seamless evocations of self-discovery.

“Lustrous. . . .These stories sparkle with Egan's fresh imagery and precise renderings of mood and place. . . . A writer of tremendous intelligence and grace.” —The Philadelphia Inquirer“Boldly modulated tales of displacement and blazing moments of truth. . . . Riveting, vaguely Hitchcockian. . . . Piercingly tender. . . . Outstanding.” —The New York Times Book Review“Immensely appealing. . . . Told with dazzling insight and emotional daring.” —Elle“[Egan] deftly depicts the ways in which women can create glamorously detailed personas for another based on passing observations.” —Time

Jennifer Egan is the author of four novels: A Visit from the Goon Squad, The Keep, Look at Me, The Invisible Circus; and the story collection Emerald City. Her stories have been published in The New Yorker, Harper’s Magazine, GQ, Zoetrope, All-Story, and Ploughshares, and her nonfiction appears frequently in The New York Times Magazine. She lives with her husband and sons in Brooklyn.