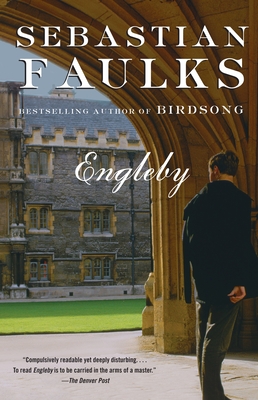 Meet Mike Engleby, a second-year student at university. Despite the fact that Mike is obviously intelligent, and involved in many clubs, it is clear that something about Mike is not quite right. When he becomes fixated on a classmate named Jennifer Arkland, and she goes missing, we are left with the looming question: Is Mike Engleby involved?

Sebastian Faulks worked as a journalist for fourteen years before taking up writing full-time in 1991. In 1995 he was voted Author of the Year by the British Book Awards for Birdsong, his fourth novel and his second, following A Fool's Alphabet, to be published in the United States. He is also the author of Human Traces, On Green Dolphin Street, Charlotte Gray, The Fatal Englishman, and The Girl at the Lion d'Or. He lives in London with his wife and three children.www.sebastianfaulks.com

“Compulsively readable yet deeply disturbing. . . . To read Engleby is to be carried in the arms of a master.” —The Denver Post“A cold, clever book about a cold, clever character. . . . Sebastian Faulks will soon be known as one of the most versatile writers at work today-and one of the most entertaining.” —The New York Observer “Beware: Engleby is no ordinary whodunit. . . . With artistry and skill, [Faulks] turns a would-be murder mystery into a meditation on consciousness.” —The Washington Post“Engleby himself-funny, fiercely intelligent, unreliable, arrogant and solipsistic-is an intriguing . . . mesmerizing creation.” —San Francisco Chronicle “Engleby is a verbal performance, and Faulks jacks up the degree of difficulty by choosing to impersonate a brilliant, manic young sociopath. . . . Dazzlingly ironic, Nabokovian modernism.” —The New York Times
or
Not Currently Available for Direct Purchase
Copyright © 2020 American Booksellers Association