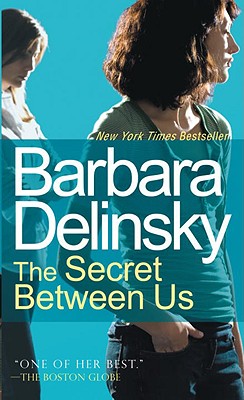 The Secret Between Us

Deborah Monroe and her daughter, Grace, are driving home from a party when their car hits a man running in the dark. Grace was at the wheel, but Deborah sends her home before the police arrive, determined to shoulder the blame for the accident. Her decision then turns into a deception that takes on a life of its own and threatens the special bond between mother and daughter. Once again, Barbara Delinsky has delivered a riveting, superbly crafted family story.


Praise For The Secret Between Us…

“One of her best.”
—The Boston Globe

“Provocative…. Delinsky is interested in how the lies we tell for love can destroy us instead—and she lays out this particular deception so painstakingly that even the most honest reader will sympathize.”
—People

“One of her best…. Delinsky is a first-rate storyteller who creates believeable, sympathetic characters who seem as familiar as your neighbors.”
—The Boston Globe

“Delinsky may be as adept at chronicling contemporary life in New England as any writer this side of John Updike.”
—Times Union (Albany)

“Delinsky delves deeper into the human heart and spirit with each new novel."
—Cincinnati Enquirer

“Delinsky uses nuance and detail to draw realistic characters and ensure that emotion is genuine.”
—The Providence Journal

“Delinsky is out there with the Anita Shreves and Elizabeth Bergs, perpetually bestselling authors who wrestle with bigger themes.”
—Lexington Herald-Ledger

Barbara Delinsky is the author of more than seventeen bestselling novels with over twenty million copies in print. She has been published in twenty-five languages worldwide. Barbara lives in New England.