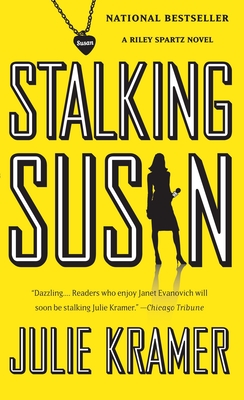 Inside the desperate world of TV news, a reporter discovers a serial killer is targeting women named Susan.Riley Spartz is recovering from a heartbreaking, headline-making catastrophe of her own when a Minneapolis police source drops two homicide files in her lap.Both cold cases involve women named Susan strangled on the same day, one year apart. Riley sees a pattern between those murders and others pulled from old death records. As the deadly anniversary approaches, she stages a bold on-air stunt to draw the killer out and uncover a motive that will leave readers breathless.

“Dazzling…. Readers who enjoy Janet Evanovich will soon be stalking Julie Kramer.” —Chicago Tribune“A rocking good story…. Chilling, twisty, and clever.” —Kathy Reichs“A snappily paced debut thriller.... Truly scary no matter what your name is.”—People“Riley Spartz is a classic spunky investigator. She'll have readers cheering for her gutsy determination to stop the killings and boost her ratings.” —USA Today“Stalking Susan is a fantastic debut. Julie Kramer has crafted a thriller that will get your heart racing.”—Vince Flynn

Julie Kramer is a freelance television news producer for NBC’s Today show, Nightly News, and Dateline. Prior to that, she was a national award-winning investigative producer for WCCO-TV in Minneapolis. She lives near Minneapolis in White Bear Lake, Minnesota.
Loading...
or
Not Currently Available for Direct Purchase