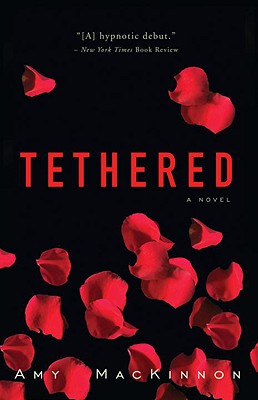 At times both haunting and thrilling, a woman is forced to reconcile with her own haunted past to save a child from an abusive household in this novel that explores the ties that bind us together

Clara Marsh is an undertaker who doesn’t believe in God. She spends her solitary life among the dead, preparing their last baths and bidding them farewell with a bouquet from her own garden. Her carefully structured life shifts when she discovers a neglected little girl, Trecie, playing in the funeral parlor, desperate for a friend.

It changes even more when Detective Mike Sullivan starts questioning her again about a body she prepared three years ago, an unidentified girl found murdered in a nearby strip of woods. Unclaimed by family, the community christened her Precious Doe. When Clara and Mike learn Trecie may be involved with the same people who killed Precious Doe, Clara must choose between the stead-fast existence of loneliness and the perils of binding one’s life to another.

Praise For Tethered: A Novel…

“…[an] hypnotic debut… There’s a quiet, almost stealthy quality to the writing…Clara is an astonishing character, and with language as blunt as the death she sees every day, she expresses herself with devastating simplicity.”
—New York Times Book Review
“This is a brilliant debut from a gifted author, who has created an unforgettable central character...Amy MacKinnon is definitely a writer to watch.” —Globe and Mail
“Clara's perfectly rendered cold, cautious, frightened voice lifts the novel above mere entertainment…an elegant illustration of a nature that letting nothing in, gives nothing out” —Boston Globe

“Clara is an intriguingly drawn character….By the final pages, I found myself thoroughly absorbed in Clara’s journey.”
—Sarasota Herald-Tribune

"[A] haunting read…[Tethered] is rich in sensory details without losing immediacy in its plotting.”
— Milwaukee Journal Sentinel

“A new talent who shines as bright as a star. Highly recommended”
—Armchair Interviews.com

“MacKinnon’s fascination with the inner workings of her uncle’s funeral business inspired this haunting, gracefully rendered, debut.”
— Booklist
“Fans of Kathy Reichs will relish this haunting and multi-layered debut novel, which contains a killer twist.” —Marie Claire, Australia
“Haunting, thrilling, and beautifully drawn, Tethered is a novel full of heart. Love, and the search for love, fuels MacKinnon’s cast of characters. Settle somewhere comfortable: you’ll be reading all night.”
—Amanda Eyre Ward, author of Forgive Me

“In Tethered, Amy MacKinnon starts with an unlikely narrator and an unlikely setting and delivers up that most unlikely (and sought-after) of results: a deeply engaging and memorable book. Brava.”
—Jon Clinch, author of Finn

“Amy MacKinnon is a rarity among debut authors. Not only does she possess the raw talent, she already knows how to use it. Tethered is as good as it gets: a haunting plot, an exquisitely flawed heroine, and sophisticated, powerful prose that deftly explores the ties that bind us all—to each other, and to the complex worlds around us. A brilliant debut.”
—Kristy Kiernan, author of Catching Genius and Matters of Faith

Amy MacKinnon is a former congressional aide whose commentaries have appeared in the Christian Science Monitor, the Boston Globe, the Seattle Times, and on National Public Radio and This American Life.
Loading...
or
Not Currently Available for Direct Purchase