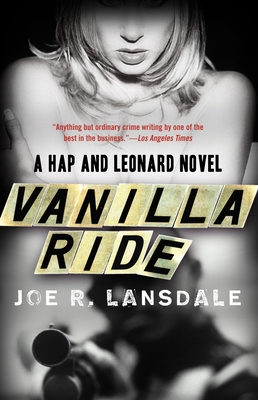 Hap Collins and Leonard Pine, the kings of East Texas mischief and mayhem, return in this full-throttle thriller to face off with the Dixie Mafia.

When Leonard is asked to rescue a teenage girl from a lowly drug dealer, he gladly agrees and invites Hap along for the ride.  Everything goes according to plan, until they find out the dealer is a member of the Dixie mafia. A wild gun fight ensues, after which Hap and Leonard are arrested. Turns out, however, that the law needs a favor and if Hap and Leonard can do the deed they’ll be free roam. There’s one problem the Dixie Mafia’s new hired gun—the legendary assassin Vanilla Ride. Filled with breakneck action, gut-busting laughs, and one gigantic crocodile, this hilarious novel is as hot as a habanero pepper.

"Anything but ordinary crime writing by one of the best in the business."--Los Angeles Times

"[Joe Lansdale] is one of the greatest yarn spinners of his generation: fearless, earthy, original, manic and dreadfully funny."--Dallas Morning News

“Every page of this book brims with humor and character and most of all, kick ass story telling.”--Michael Connelly

"There's no bullshit in a Joe Lansdale book. There's everything a good story needs, and nothing it doesn't."--Christopher Moore, author of A Dirty Job and Fool

"Hilariously funny, to the point that your heart almost stops while you are laughing.”—Bookreporter

www.joerlansdale.com
Loading...
or
Not Currently Available for Direct Purchase