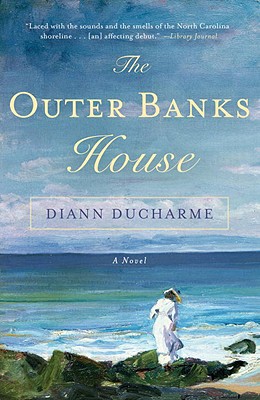 As the wounds of the Civil War are just beginning to heal, one fateful summer would forever alter the course of a young girl’s life.

In 1868, on the barren shores of post-war Outer Banks North Carolina, the once wealthy Sinclair family moves for the summer to one of the first cottages on the ocean side of the resort village of Nags Head. Seventeen-year-old Abigail is beautiful, book-smart, but sheltered by her plantation life and hemmed-in by her emotionally distant family. To make good use of time, she is encouraged by her family to teach her father’s fishing guide, the good-natured but penniless Benjamin Whimble, how to read and write. And in a twist of fate unforeseen by anyone around them, there on the porch of the cottage, the two come to love each other deeply, and to understand each other in a way that no one else does.

But when, against everything he claims to represent, Ben becomes entangled in Abby's father's Ku Klux Klan work, the terrible tragedy and surprising revelations that one hot Outer Banks night brings forth threaten to tear them apart forever.

With vivid historical detail and stunning emotional resonance, Diann Ducharme recounts a dramatic story of love, loss, and coming of age at a singular and rapidly changing time in one of America’s most beautiful and storied communities.

DIANN DUCHARME was born in Indiana, but she spent the majority of her childhood in Newport News, Virginia. She majored in English literature at the University of Virginia, but she never wrote creatively until, after the birth of her second child in 2003, she sat down to write The Outer Banks House. Diann and her husband, Sean, have two beach-loving children, Dorsey and Katherine. The family lives in Manakin-Sabot, Virginia. Visit Diann's Web site at www.DiannDucharme.com.

Praise For The Outer Banks House…

“First novelist Ducharme has laced her novel with the sounds and the smells of the North Carolina shoreline. Racism and Southern tradition run along parallel paths in this affecting debut, where gentlemen can be less than honorable and enslavement doesn’t always involve chains.”—Library Journal (starred review)

“Diann Ducharme gives us a beautiful sense of this place by the sea, of a country in conflict, of death and redemption, and of new love.” Stephanie Cowell, author of Claude & Camille and Marrying Mozart

“The Outer Banks House is a beautifully written and deeply moving story of a sheltered young woman's awakening to life, love, and the injustice of discrimination against former slaves.  In theme and impact, shades of Mark Twain's Huckleberry Finn.  In the evocative setting and fresh voice, a unique novel all its own.”--Karen Harper, New York Times bestselling author