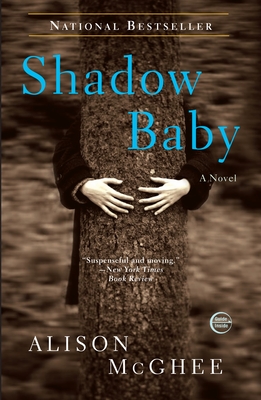 A young girl forms an unforgettable friendship with an elderly neighbor while searching for answers about her family's past in this national bestseller and Pulitzer Prize nominee.

Eleven-year-old Clara is struggling to find the truth about her missing father and grandfather and her twin sister, dead at birth, but her mother steadfastly refuses to talk about these people who are lost to her daughter. When Clara begins interviewing Georg Kominsky, a lone old man, for a school biography assignment, she finds that he is equally reticent about his own concealed history. Precocious and imaginative, the girl invents version upon version of Mr. Kominsky's past, just as she invents lives for the people missing from her own shadowy past.

The journey of discovery that these two oddly matched people embark upon is at the heart of this beautiful story about friendship and communion, about discovering what matters most in life, and about the search to find the missing pieces of ourselves. McGhee's prose glistens with shrewd truth and wild imaginings, creating a novel that will reverberate in the hearts and minds of readers long after the book is finished.

Praise For Shadow Baby: A Novel…

"This is one of those novels in which the quality of the writing lulls a reader . . . the way beauty does in real life."
—Los Angeles Times Book Review

“Perfectly constructed and beautifully written.”
—The Dallas News
"A feisty little heroine who often seems equal parts Huck Finn, Eloise, and . . . well, maybe Shakespeare's Beatrice-to-be. . . At once witty, tender, funny, touching, and, by the end, tragic in a way that perfectly brings all to a close, if never to an end. Bound for success, or else the world has gone mad." - Kirkus Reviews (starred)
“Loss, guilt and regret are conquered and transformed in McGhee's graceful second novel (after Rainlight), a poignant tale of family history regained…With a mix of deadpan humor and pathos, McGhee perfectly captures the voice of a sensitive, wise child on the cusp of adulthood, at once knowing and naïve.” – Publishers Weekly

"At last, a heroine to root for! In this charming novel, Alison McGhee has opened a new window on childhood."
-- Hilma Wolitzer

"Bright, funny, and almost spookily imaginative, Clara, by her own admission, is a student of the laws of nature, an expert in the ways of hermits and pioneers, an 'apprentice' to life. That she is also eleven years old is probably the least important fact about her; she's an old soul. With a mother who doesn't talk and a father who never existed, she manages to fashion a version of her own history that she can live with, at the same time that she chronicles a life for her best friend, Georg Kominsky, a retired metalworker who lives in Nine Mile Trailer Park. Clara, the yarn-spinner, lover of words and of happy endings, takes on the secrets of her past with wit and ferocity. Alison McGhee, with her seductive, almost hypnotic prose, has created a heroine that one simply must love."
--Judith Guest

"McGhee writes about childhood and old age with equal skill and grace. Poignant and bittersweet, her novel has life on every page."
--William Gay

ALISON McGHEE has been awarded the Minnesota Book Award and the Great Lakes College Association New Writers Award for her first novel, Rainlight. This is her second novel. Her short fiction has been published widely in literary magazines. Born and reared in the Adirondack Mountains of upstate New York, she currently lives in Minnesota.
Loading...
or
Not Currently Available for Direct Purchase