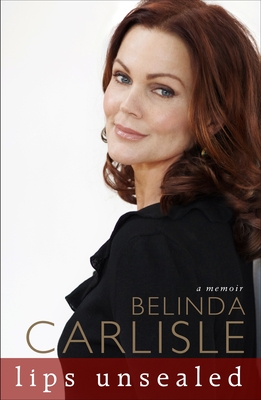 NEW YORK TIMES BESTSELLER • A spellbinding and shocking look at Belinda Carlisle’s role in forming the Go-Go’s and her rise, fall, and eventual rebirth  as a wife, mother, and sober artist

“An unflinching look back . . . with heartbreaking honesty and a wry sense of humor.”—USA Today

The women of the iconic eighties band the Go-Go’s will always be remembered as they appeared on the back of their debut record: sunny, smiling, each soaking in her own private bubble bath with chocolates and champagne. The photo is a perfect tribute to the fun, irreverent brand of pop music that the Go-Go’s created, but it also conceals the trials and secret demons that the members of the group—in particular, its lead singer, Belinda Carlisle—struggled with on their rise to stardom.

Lips Unsealed is Belinda’s story in her own words—from her crazy days on tour with the Go-Go’s to her private problems with abusive relationships, self-esteem, and a thirty-year battle with addiction. Ultimately, it is a love letter to music, the lifelong friendships between the members of the Go-Go’s, the beloved husband and son who led Belinda to sobriety, and a life which, though deeply flawed, was—and is still—fully lived.

Praise For Lips Unsealed: A Memoir…

"Generously confessional enough to give a compelling edge to her battle with substance abuse and her quest for spiritual balance...a harrowing cautionary tale.”—Kirkus Reviews

BELINDA CARLISLE is known not only as the lead singer of the Go-Go's, but also as one of the late-eighties most glamorous adult-pop soloists.  Since then, Belinda has released five more albums and continues to tour internationally with both the Go-Go's and as a solo artist.  She divides her time between America and the South of France.
Loading...
or support indie stores by buying on
(This book is on backorder)