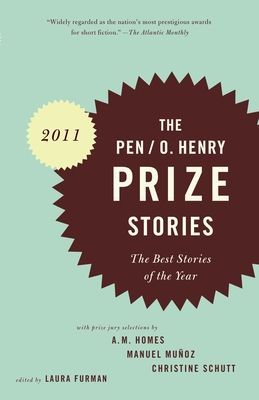 The Best Stories of the Year (The O. Henry Prize Collection)

The PEN/O. Henry Prize Stories 2011 contains twenty unforgettable stories selected from hundreds of literary magazines. The winning tales take place in such far-flung locales as Madagascar, Nantucket, a Midwestern meth lab, Antarctica, and a post-apocalyptic England, and feature a fascinating array of characters: aging jazzmen, avalanche researchers, a South African wild child, and a mute actor in silent films. Also included are essays from the eminent jurors on their favorite stories, observations from the winners on what inspired them, and an extensive resource list of magazines.

Your Fate Hurtles Down at You
Jim Shepard

Nothing of Consequence
Jane Delury

The Rules Are the Rules
Adam Foulds

Something You Can’t Live Without
Matthew Neill Null

For author interviews, photos, and more,  go to www.ohenryprizestories.com

A portion of the proceeds from this book will go to support the PEN Readers & Writers Literary Outreach Program.

“Widely regarded as the nation’s most prestigious awards for short fiction.” —The Atlantic Monthly

Laura Furman, series editor of The PEN/O. Henry Prize Stories since 2003, is the winner of fellowships from the Guggenheim Foundation and the National Endowment for the Arts for her fiction. The author of seven books, including her recent story collection The Mother Who Stayed, she taught writing for many years at the University of Texas at Austin. She lives in Central Texas.