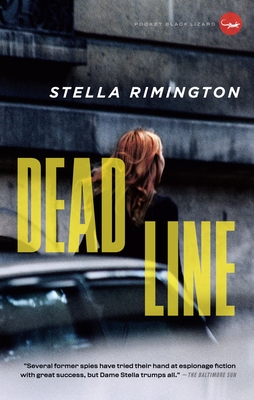 As plans get under way for a Middle East peace conference at the Gleneagles resort in Scotland, MI5 Intelligence Officer Liz Carlyle is summoned to a meeting with her boss, who has just received an alarming tip: two individuals are mounting an operation to violently disrupt the conference and lay the blame on Syria, and Liz must stop them. No one knows who they are or exactly what they're planning, but given the stature of the conference attendees no chances can be taken. As the conference deadline draws closer, Liz keeps running into one dead end after another, and she begins to understand that the threat is far greater than she could have imagined.

"Several former spies have tried their hand at espionage fiction with great success, but
Dame Stella trumps all." --Baltimore Sun

“Packed with the sort of detail that only an insider could bring.”—Irish Independent

“The impressively Ludlumesque plot will keep readers blissfully turning the pages until the end.”—Publishers Weekly

Stella Rimington joined Britain’s Security Service (MI5) in 1969. During her nearly thirty-year career she worked in all the main fields of the Service’s responsibilities—counter subversion, counter espionage and counter terrorism—and successively became Director of all three branches. Appointed Director General of MI5 in 1992, she was the first woman to hold the post and the first Director General whose name was publicly announced on appointment. Following her retirement from MI5 in 1996, she became a nonexecutive director of Marks & Spencer and published her autobiography, Open Secret, in the United Kingdom. She is also the author of three previous novels: At Risk, Secret Asset and Illegal Action. Rimington lives in London.
Loading...
or
Not Currently Available for Direct Purchase