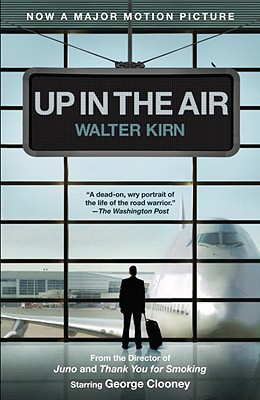 Up in the Air (Movie Tie-in Edition)


Praise For Up in the Air (Movie Tie-in Edition)…

“A dead-on, wry portrait of the life of the road warrior.” —The Washington Post

“Up in the Air deliciously lambastes corporate America. Kirn's satire ranges deftly over our contemporary landscape.” —The Wall Street Journal

“Terrifically funny and poignant.... Beneath its glittering, comic surface, Up in the Air asks if, in pursuing what we think we want, we might lose ourselves completely.” —Minneapolis Star-Tribune

“[A] hilarious, often ingenious ode to America.... Whip smart yet entertaining enough to rival anything from John Grisham.” —Time Out New York