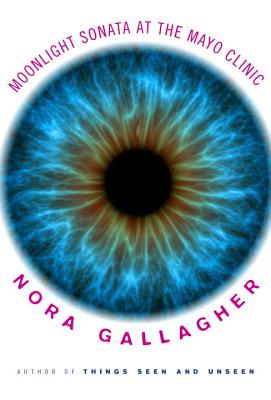 This taut yet lyrical memoir tells of the author's experience with a baffling illness poised to take her sight, and gives a deeply felt meditation on vulnerability and on what it means to lose the faith you had and find something better.
One day at the end of 2009, during a routine eye exam that Nora Gallagher nearly skipped, her doctor said, "Darn." Her right optic nerve was inflamed, the cause unknown, a condition that if left untreated would cause her to lose her sight. And so began her departure from ordinary life and her travels in what she calls Oz, the land of the sick. It looks like the world most of us inhabit, she tells us, except that "the furniture is slightly rearranged" her friends can't help her, her trusted doctors don't know what's wrong, and what faith she has left just won't cover it. After a year of searching for a diagnosis and treatment, she arrives at the Mayo Clinic and finds a whole town built around Oz.
In the course of her journey, Gallagher encounters inhuman doctors, the modern medical system--in which knowledge takes fifteen years to trickle down--and the strange world that is the famous Mayo Clinic, complete with its grand piano. With unerring candor, and no sentimentality whatsoever, Gallagher describes the unexpected twists and turns of the path she took through a medical mystery and an unfathomably changing life. In doing so, she gives us a singular, luminous map of vulnerability and dark landscapes."It's the nature of things to be vulnerable," Gallagher says. "The disorder is imagining we are not."

Nora Gallagher is the author of "Changing Light, Things Seen and Unseen: A Year Lived in Faith, "and "Practicing Resurrection: A Memoir of Work, Doubt, Discernment, "and" Moments of Grace. "Her essays, book reviews, and journalism""have appeared in "The New York Times Magazine, The Washington Post, DoubleTake, "and "Mother Jones, "among other publications. She is also the editor""of the award-winning "Notes from the Field, "a collection of literary essays about the""outdoors. She sits on the advisory board of the Yale Divinity School.
or
Not Currently Available for Direct Purchase
Copyright © 2020 American Booksellers Association