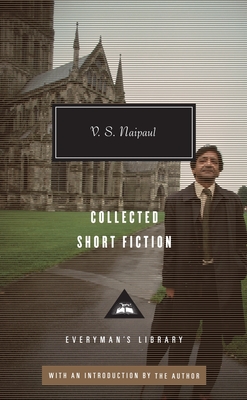 For the first time: the Nobel Prize winner’s stunning short fiction collected in one volume, with an introduction by the author.

Over the course of his distinguished career, V. S. Naipaul has written a remarkable array of short fiction that moves from Trinidad to London to Africa. Here are the stories from his Somerset Maugham Award–winning Miguel Street, in which he takes us into a derelict corner of Trinidad’s capital to meet, among others, Man-Man, who goes from running for public office to staging his own crucifixion. The tales in A Flag on the Island, meanwhile, roam from a Chinese bakery in Trinidad to a rooming house in London. And in the celebrated title story from the Booker Prize– winning In a Free State, an English couple traveling in an unnamed African country discover, under a veneer of civilization, a landscape of squalor and ethnic bloodletting.

No writer has rendered our postcolonial world more acutely or prophetically than V. S. Naipaul, or given its upheavals such a hauntingly human face.

“V. S. Naipaul is the world’s writer, a master of language and perception.” —The New York Times Book Review

V. S. Naipaul was born in Trinidad in 1932. He has published more than twenty- five books of fiction and nonfiction and was awarded the Nobel Prize in Literature in 2001.
Loading...
or support indie stores by buying on