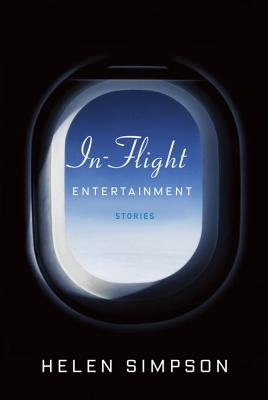 A new collection of stories—dazzling, poignant, wickedly funny, and highly addictive—by the internationally acclaimed writer whose work The Times (London) calls “dangerously close to perfection.” These thirteen stories brilliantly focus on aspects of contemporary living and unerringly capture a generation, a type, a social class, a pattern of behavior. They give us the small detail that reveals large secrets and summons up the inner stresses of our lives (“It is a blissful relief to turn to the coolness and clarity of Helen Simpson . . . She is, to my mind, the best short story writer now working in English” —Ed Crooks, Financial Times). Whether her subject is single women or wives in stages of midlife-ery, marriage or motherhood, youth, young love, homework, or history, Simpson writes near to the bone and close to the heart.

In one story, a squirrel trapped under a dustbin lid in the back garden vanishes, and a woman’s marriage is revealed in the process . . . In another, a young woman on her way for an MRI reflects on new love, electromagnetism, and Sherlock Holmes, and afterward goes to a museum and finds herself wanting to escape into one of the paintings.

And in the title story, two men on a flight from London to Chicago—one an elderly scientist, the other a businessman upgraded to first class—discuss climate change and what flying is doing to “our shrunken planet,” this while the “in-flight entertainment” shows the crop-duster scene from Hitchcock’s North by Northwest. When a passenger in the seat across the aisle suddenly becomes ill and dies, the plane is forced to land in Goose Bay, Labrador, to the utter frustration of the two men. In the story’s moment of reckoning, one of the men, furious at the delay, says to the other, “I don’t care about you. You don’t care about me. We don’t care about him [the deceased passenger]. We all know how to put ourselves first, and that’s what makes the world go round.”

These darkly comic, brave, and, says The Guardian, “deeply unsentimental” stories brilliantly evoke life’s truest sensations—love, pain, joy, and grief—and give us, with precision and complex economy, a shrewd and painfully true glimpse into our dizzying 3-D age.

“Will have you squirming in your seat from the first pages . . . Simpson zooms from meta-mortality to micro-mortality with a wicked black-comic sensibility . . . fast and funny.”
—Passport Magazine

“For anyone who savors the acerbic literary likes of Evelyn Waugh or the Amises, father and son, Helen Simpson is just the ticket. . . . The stories assembled here are filled with crisp observations about mortality, infidelity and the looming apocalypse of climate change.”
—Maureen Corrigan, NPR “Fresh Air”

“Each tale unlocks a character’s essence—obsessions, compromises, secrets, disappointments, desires—like the turn of a key in a jewel box.”
—Lisa Shea, ELLE

“Simpson’s writing is spare and intentional; you never doubt that you’re in the hands of a master.”
—Andrew Ladd, Ploughshares Literary Magazine

“Simpson is masterful at plying her craft as a writer. . . . She alarms and terrifies, leaving the reader with thoughts that haunt and linger. . . . Unforgettable imagery.”
—Diane Brandley, New York Journal of Books

“Short and sharp, the latest stories from the award-winning British author are as pointed as ever. . .”
—Kirkus Reviews

“Simpson has proven her mastery of a difficult form.”
—Booklist, starred

“These 13 new stories showcase the work of one of the finest contemporary writers in the form . . . If there’s a flaw to be found in Simpson’s latest collection of stories, it’s that they’re so clever they can distract readers from the characters as they admire the author’s technique. Simpson’s prose is crisp, her insights unsparing, her passions transparent.”
—Publishers Weekly, starred

Helen Simpson is the author of four previous collections of short stories--"Getting a Life," "Four Bare Legs in a Bed" (winner of the Somerset Maugham Award), "Dear George," and I"n the Driver's Seat"--as well as one novel, "Flesh and Grass." She is the recipient of the E. M. Forster Award from the American Academy of Arts and Letters.
Loading...
or
Not Currently Available for Direct Purchase