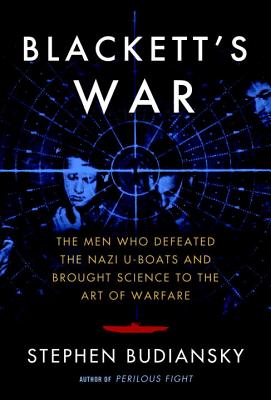 The exciting history of a small group of British and American scientists who, during World War II, developed the new field of operational research to turn back the tide of German submarines—revolutionizing the way wars are waged and won.

In March 1941, after a year of unbroken and devastating U-boat onslaughts, the British War Cabinet decided to try a new strategy in the foundering naval campaign. To do so, they hired an intensely private, bohemian physicist who was also an ardent socialist. Patrick Blackett was a former navy officer and future winner of the Nobel Prize; he is little remembered today, but he and his fellow scientists did as much to win the war against Nazi Germany as almost anyone else. As director of the World War II antisubmarine effort, Blackett used little more than simple mathematics and probability theory—and a steadfast belief in the utility of science—to save the campaign against the U-boat. Employing these insights in unconventional ways, from the washing of mess hall dishes to the color of bomber wings, the Allies went on to win essential victories against Hitler’s Germany.

Here is the story of these civilian intellectuals who helped to change the nature of twentieth-century warfare. Throughout, Stephen Budiansky describes how scientists became intimately involved with what had once been the distinct province of military commanders—convincing disbelieving military brass to trust the solutions suggested by their analysis. Budiansky shows that these men above all retained the belief that operational research, and a scientific mentality, could change the world. It’s a belief that has come to fruition with the spread of their tenets to the business and military worlds, and it started in the Battle of the Atlantic, in an attempt to outfight the Germans, but most of all to outwit them.

Stephen Budiansky is a journalist and military historian. His previous books include "Air Power, Battle of Wits, The Bloody Shirt, " "Her Majesty's Spymaster, " and "Perilous Fight."

Praise For Blackett's War: The Men Who Defeated the Nazi U-Boats and Brought Science to the Art of Warfare…

“[A] terrific story, exciting, illuminating, well told.  And what a movie it would make, especially in 3-D . . . [Budiansky] is a fine writer.”
—David Walton, Dallas Morning News

“Lively and enlightening . . . Writing with an easy command of science and a sharp eye for fresh and telling detail, Budiansky knowingly and entertainingly re-creates the almost constant struggle between hidebound military traditionalists and the clever civilians who saved them.”
—Evan Thomas, The Washington Post

"Budiansky does a masterful job illustrating the debt we owe to [Blackett's] courage and foresight at a time when innovation made all the difference in the direction of world history."
—Bob Kustra, Idaho Statesman

“[E]ngaging . . . the more closely one looks at Patrick Blackett, the more impressive he appears . . . Far more than a scientific or military biography, Blackett’s War is also a finely wrought and well-sourced social history of elite science’s wartime mobilization . . . [A] wonderful revisionist history of how intelligence derived from Bletchley Park’s breakthroughs combined with Blackett’s operational research to bypass and destroy the Nazi Wolfpacks.”
—Michael Schrage, Fortune

“A beautifully written history . . . Budiansky skillfully provides biographical sketches of the important contributors as well as the historical context of the issues they wrestled with.”
—Colonel John J. Abbatiello, Proceedings

“[A] terrific story, exciting, illuminating, well told.  And what a movie it would make, especially in 3-D . . . [Budiansky] is a fine writer.”
—David Walton, Dallas Morning News

“A broad history of the foundation of ideas in OR [Operations Research] . . . Revelatory . . . [Blackett’s War] should bring renewed admiration for some forgotten scientific heroes.”
—Rob Hardy, The Dispatch (Columbus, Starkville and the Golden Triangle)

“Fabulous . . . [Blackett’s War] got me thinking. Is there a modern field of endeavor, operations research & analysis combined with historical business analysis, that can create a body of knowledge that describes, in an operations research sense, how to compete against a giant like Amazon, Apple, Google or Microsoft? . . . Perhaps the next generation of CEOs will use the sophisticated OR strategies developed 70 years ago that are still being used today to tackle our nation's Biggest Problems . . . After all, business is war.”
—John Martellaro, TheMacObserver.com

“[W]onderfully done, well written, suspenseful and full of the personal and organizational conflicts that can make otherwise pedestrian stories so colorful. In addition to its entertainment value, Blackett’s War speaks clearly and authoritatively about a multitude of technical subjects.”
—John R. Satterfield, Naval Historical Foundation