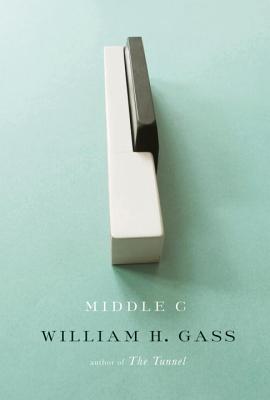 A literary event—the long-awaited novel, almost two decades in work, by the acclaimed author of The Tunnel (“The most beautiful, most complex, most disturbing novel to be published in my lifetime.”—Michael Silverblatt, Los Angeles Times; “An extraordinary achievement”—Michael Dirda, The Washington Post); Omensetter’s Luck (“The most important work of fiction by an American in this literary generation”—Richard Gilman, The New Republic); Willie Masters’ Lonesome Wife; and In the Heart of the Heart of the Country (“These stories scrape the nerve and pierce the heart. They also replenish the language.”—Eliot Fremont-Smith, The New York Times).

Gass’s new novel moves from World War II Europe to a small town in postwar Ohio. In a series of variations, Gass gives us a mosaic of a life—futile, comic, anarchic—arranged in an array of vocabularies, altered rhythms, forms and tones, and broken pieces with music as both theme and structure, set in the key of middle C.

It begins in Graz, Austria, 1938. Joseph Skizzen's father, pretending to be Jewish, leaves his country for England with his wife and two children to avoid any connection with the Nazis, who he foresees will soon take over his homeland. In London with his family for the duration of the war, he disappears under mysterious circumstances. The family is relocated to a small town in Ohio, where Joseph Skizzen grows up, becomes a decent amateur piano player, in part to cope with the abandonment of his father, and creates as well a fantasy self—a professor with a fantasy goal: to establish the Inhumanity Museum . . . as Skizzen alternately feels wrongly accused (of what?) and is transported by his music. Skizzen is able to accept guilt for crimes against humanity and is protected by a secret self that remains sinless.

Middle C
tells the story of this journey, an investigation into the nature of human identity and the ways in which each of us is several selves, and whether any one self is more genuine than another.

William Gass set out to write a novel that breaks traditional rules and denies itself easy solutions, cliff-edge suspense, and conventional surprises . . . Middle C is that book; a masterpiece by a beloved master.

“A fat, ripe read… A final statement of Gass’s belief in the sound of literary language… rhythmic and sonic…”
—Brian Dillon, The Times Literary Supplement

“A realistic story… a religious allegory and a philosophical meditation… extraordinary.”
—David Thoreen, The Boston Globe

“Of all living literary figures, William Gass may count as the most daringly scathing and most assertively fecund: in language, in ideas, in intricacy of form; above all in relentless fury… From its opening notes until its coda, this unquiet bildungsroman is designed to detonate its mild, middling title… Exhilaratingly ingenious… unexpected and dizzying…”
—Cynthia Ozick, The New York Times Book Review (cover)

“Middle C takes its place in that great line of modern novels about inauthenticity… However, there is nothing sham to William Gass’s art: It’s not just dazzling, it’s the real thing.”
—Michael Dirda, The Washington Post

“Gass orchestrates his fiction with thematic elements as a composer might a symphony.”
—Dan Lopez, Timeout New York

“Entertaining and enlightening… emotionally gouging as well as amusing… I rank the novel first among Gass’s six books of fiction.”
—Tom LeClair, The Barnes and Noble Review

“A masterly work of language and imagery from one of America’s most celebrated authors.”
—Joshua Finnell, Library Journal (starred)

“A mischievous variation on the moral dilemmas raised in Gass’ The Tunnel . . . In this exuberantly learned bildungsroman—this torrent of curious facts and arch commentary, puns and allusions—internationally lauded virtuoso Gass reflects on humanity’s crimes and marvels, creating his funniest and most life-embracing book yet.”
—Booklist (starred)

“Engaging, melancholy . . . Gass remains a master of apt metaphors, graceful sentences and a flinty, unforgiving brand of humor; it may be the most entertaining novel you’ll read that half wishes humanity was wiped off the map. . . . Gass, now 88, clearly has endings on his mind, which he addresses with fearsome brio and wit.”
—Kirkus

William H. Gass--essayist, novelist, literary critic--was born in Fargo, North Dakota. He is the author of six works of fiction and nine books of essays, including "Life Sentences, A Temple of Texts, and Tests of Time." Gass is a former professor of philosophy at Washington University. He lives with his wife, the architect Mary Gass, in St. Louis.
Loading...
or
Not Currently Available for Direct Purchase