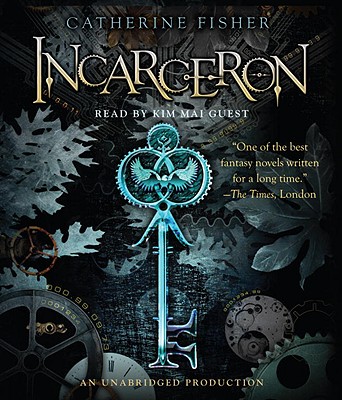 Incarceron is a prison unlike any other: Its inmates live not only in cells, but also in metal forests, dilapidated cities, and unbounded wilderness. The prison has been sealed for centuries, and only one man, legend says, has ever escaped.
Finn, a seventeen-year-old prisoner, can t remember his childhood and believes he came from Outside Incarceron. He's going to escape, even though most inmates don t believe that Outside even exists. And then Finn finds a crystal key and through it, a girl named Claudia.
Claudia claims to live Outside her father is the Warden of Incarceron and she's doomed to an arranged marriage. If she helps Finn escape, she will need his help in return. But they don t realize that there is more to Incarceron than meets the eye. Escape will take their greatest courage and cost far more than they know.
Because Incarceron is alive.

Catherine Fisher is an acclaimed novelist and poet, and has written many fantasy books, including The Oracle Prophecy series. Her first novel, "The Conjuror s Game," was shortlisted for the Smarties Book Prize. First published in the UK, "Incarceron" has garnered widespread praise, and was selected by "The Times" as its Children s Book of the Year."
Loading...
or
Not Currently Available for Direct Purchase