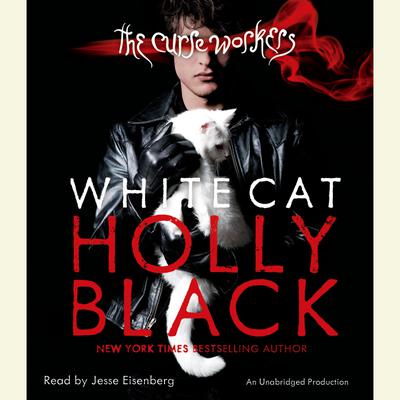 The Curse Workers, Book One

Cassel comes from a family of curse workers—people who have the power to change your emotions, your memories, your luck, by the slightest touch of their hands. And since curse work is illegal, they’re all criminals. Many become mobsters and con artists. But not Cassel. He hasn’t got magic, so he’s an outsider, the straight kid in a crooked family. You just have to ignore one small detail—he killed his best friend, Lila, three years ago.

Cassel has carefully built up a façade of normalcy, blending into the crowd. But his façade starts to crumble when he finds himself sleepwalking, propelled into the night by terrifying dreams about a white cat that wants to tell him something. He’s noticing other disturbing things too, including the strange behavior of his two brothers. They are keeping secrets from him. As Cassel begins to suspect he’s part of a huge con game, he must unravel his past and his memories. To find out the truth, Cassel will have to outcon the conmen.

Holly Black’s first book, Tithe: A Modern Faerie Tale, was an ALA Top Ten Book for Teens and has been translated into twelve languages. Her second teen novel, Valiant, was an ALA Best Book for Young Adults and a recipient of the Andre Norton Award from the Science Fiction and Fantasy Writers of America. Ironside, the sequel to Tithe, was a New York Times bestseller. Look for Valiant and the Spiderwick books available on audio from Listening Library. Visit her online at blackholly.com.