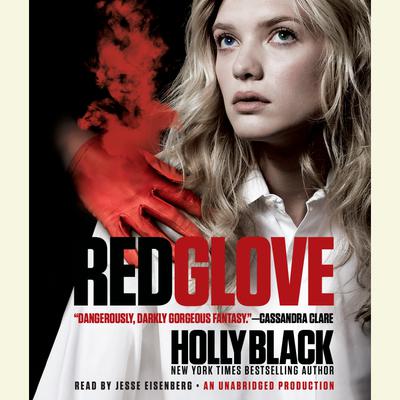 Curses and Cons. Magic and the Mob.

Cassel always thought he was an ordinary guy, until he realized his memories were being manipulated by his brothers. Now he knows the truth—he’s the most powerful curse worker around. A touch of his hand can transform anything—or anyone—into something else. That was how Lila, the girl he loved, became a white cat. Cassel was tricked into thinking he killed her, when actually he tried to save her. Now that she’s human again, he should be overjoyed. Trouble is, Lila’s been cursed to love him. And if Lila’s love is as phony as Cassel’s made-up memories, then he can’t believe anything she says or does.

When Cassel’s oldest brother is murdered, the Feds recruit Cassel to help make sense of the only clue—crime-scene images of a woman in red gloves. But the mob is after Cassel too—they know how valuable he could be to them. Cassel is going to have to stay one step ahead of both sides just to survive.

Holly Black's first book, Tithe: A Modern Faerie Tale, was an ALA Top Ten Book for Teens. Her second teen novel, Valiant, was an ALA Best Book for Young Adults. Ironside, the sequel to Tithe, was a New York Times bestseller, and White Cat, the first book in the Curse Workers trilogy, received three starred reviews. Valiant and White Cat are available on audio from Listening Library. Visit Holly online at blackholly.com and learn more at thecurseworkers.com.