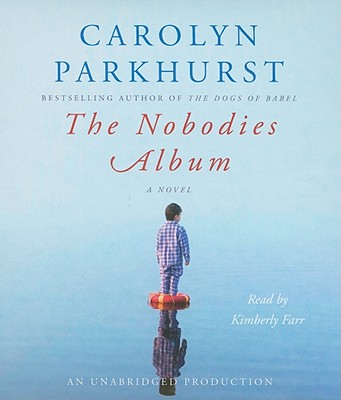 From the bestselling author of "The Dogs of Babel" comes a dazzling literary mystery about the lengths to which some people will go to rewrite their past.
Bestselling novelist Octavia Frost has just completed her latest book--a revolutionary novel in which she has rewritten the last chapters of all her previous books, removing clues about her personal life concealed within, especially a horrific tragedy that befell her family years ago.
On her way to deliver the manuscript to her editor, Octavia reads a news crawl in Times Square and learns that her rock-star son, Milo, has been arrested for murder. Though she and Milo haven't spoken in years--an estrangement stemming from that tragic day--she drops everything to go to him.
The "last chapters" of Octavia's novel are layered throughout "The Nobodies Album"--the scattered puzzle pieces to her and Milo's dark and troubled past. Did she drive her son to murder? Did Milo murder anyone at all? And what exactly happened all those years ago? As the novel builds to a stunning reveal, Octavia must consider how "this" story will come to a close.
Universally praised for her candid explorations of the human psyche, Parkhurst delivers an emotionally gripping and resonant mystery about a mother and her son, and about the possibility that one can never truly know another person.


Praise For The Nobodies Album…

CAROLYN PARKHURST is the author of the bestselling novels "The Dogs of Babel" and "Lost and Found." She lives in Washington, D.C., with her husband and their two children. "From the Hardcover edition."
Loading...
or
Not Currently Available for Direct Purchase