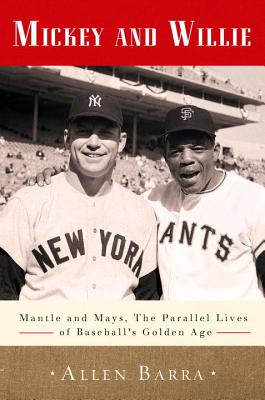 Culturally, Mickey Mantle and Willie Mays were light-years apart. Yet they were nearly the same age and almost the same size, and they came to New York at the same time. They possessed virtually the same talents and played the same position. They were both products of generations of baseball-playing families, for whom the game was the only escape from a lifetime of brutal manual labor. Both were nearly crushed by the weight of the outsized expectations placed on them, first by their families and later by America. Both lived secret lives far different from those their fans knew. What their fans also didn't know was that the two men shared a close personal friendship--and that each was the only man who could truly understand the other's experience.

ALLEN BARRA is the author of "Inventing Wyatt Earp," "The Last Coach," and "Yogi Berra," as well as several essay collections. He is a regular contributor to such publications as the "Wall Street Journal," "Daily Beast," and "Salon."
Loading...
or
Not Currently Available for Direct Purchase