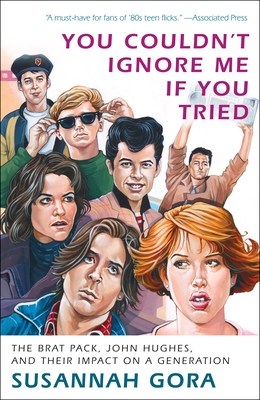 You Couldn't Ignore Me If You Tried

You Couldn’t Ignore Me If You Tried takes us back to that era, interviewing key players, such as Molly Ringwald, Anthony Michael Hall, Ally Sheedy, Judd Nelson, Andrew McCarthy, and John Cusack, and mines all the material from the movies to the music to the way the films were made to show how they helped shape our visions for romance, friendship, society, and success.

SUSANNAH GORA is a filmjournalistwho haswritten for Variety and Elle andwas an editor at Premieremagazine. She appears regularly
on networks like VH1, NBC, and E! to discuss entertainment news and pop culture.
Loading...
or
Not Currently Available for Direct Purchase