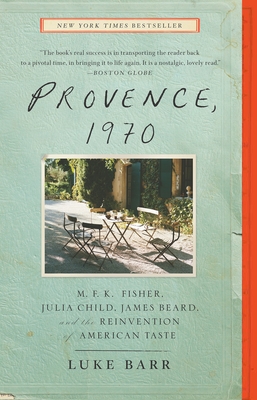 “The book’s real success is in transporting the reader back to a pivotal time, in bringing it to life again. It is a nostalgic, lovely read.” —Boston Globe

“Required reading for anyone who fears a little life-upending change—even if they know change will bring happiness and relief.” —Oprah.com

“An enjoyable and perceptive group biography that reads as fluently as a novel.” —The New Yorker

“Barr’s careful presentation of his characters’ trajectories reveal[s] Provence as an important work of cultural history in the guise of a foodie treat.” —Slate

Luke Barr is an editor at Travel + Leisure magazine. A great-nephew of M.F.K. Fisher, he was raised in the San Francisco Bay Area and in Switzerland, and graduated from Harvard. He lives in Brooklyn with his wife and their two daughters.
Loading...
or support indie stores by buying on