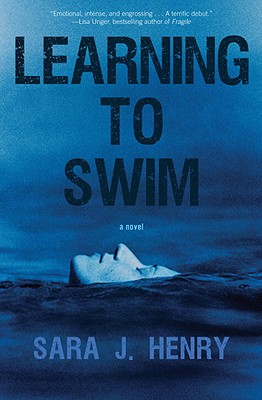 Winner of the Anthony Award for Best First Novel, the Agatha Award for Best First Novel, and the Mary Higgins Clark Award
When she sees what looks like a child tumbling from a ferry into frigid Lake Champlain, Troy Chance dives in without thinking. When she gets the child to shore she discovers that his name is Paul, he speaks only French and no one seems to be looking for him.
Her determination to protect Paul pulls Troy from her quiet life in a small Adirondack town into an unfamiliar world of wealth and privilege in Canada and then in Vermont. Her attachment to him and the danger she faces when she tries to unravel the mystery of his abandonment force her to evaluate everything she thought true about herself.
Sara J. Henry's riveting, award-winning debut will keep readers engrossed right up to its shattering conclusion.


Praise For Learning to Swim…

“In Henry’s tense first novel, a young woman rescues a boy from the waters of Lake Champlain, only to see her unruffled life abruptly give way to an unfamiliar world of wealth, privilege and danger. ”  —The New York Times

“From the opening page, Learning to Swim is a terrific debut. This moving and insightful psychological thriller features the inspiring Troy Chance—an everywoman hero who women will admire and men will want to meet. I can’t wait for her next adventure.”
—Michael Robotham, bestselling author of Bleed for Me and The Wreckage

“Learning to Swim is a thriller of the most thrilling kind—a smart and crafty story with whiffs of Rebecca that insists from the first sentence that you sit down and not stand up again until you've read the last word. Tell your loved ones to take care of themselves.”
—Quinn Cummings, author of Notes from the Underwire

“In her debut, the first in a projected series, Henry proves herself to be a smooth and compelling storyteller. And her lead is highly appealing: an athletic, fiercely independent young woman who, like crime-fiction author Gillian Flynn’s feisty females, is capable of making delightfully acerbic observations.” —Booklist

“Freelance writer Troy Chance, the protagonist of Henry's impressive first novel, impulsively, and literally, dives into trouble when she sees a youngster fall from a ferry boat on Lake Champlain. ... Henry adroitly handles Troy’s exposure to new emotions as she reexamines her life and relationships.” —Publishers Weekly

“Take a gulp of air before diving into Vermonter Sara J. Henry’s new mystery, because you’re likely to hold your breath for the whole first chapter.” —Rutland Herald “This debut novel is a stunner. This disturbing, moving, compelling book will keep readers engaged until the very last page. It is smart, intense, and full of unexpected plot twists.”—Tucson Citizen

SARA J. HENRY's first novel, "Learning to Swim," won the Anthony, Agatha, and Mary Higgins Clark Awards, was a Target Emerging Author pick, and was named one of Best Books of 2011 by the"Boston Globe." Her second novel, "A Cold and Lonely Place," is an Anthony award nominee for Best Novel and was a Reader's Digest Select Books choice. She has written for"Prevention," "Adirondack Life," "Bicycling," "Triathlete," and other magazines, was an editor at Rodale Books and"Women's Sports & Fitness"magazine, and was a newspaper and magazine editor. A native of Oak Ridge, Tennessee, Sara lives in Vermont. Visit www.SaraJHenry.com."
Loading...
or
Not Currently Available for Direct Purchase