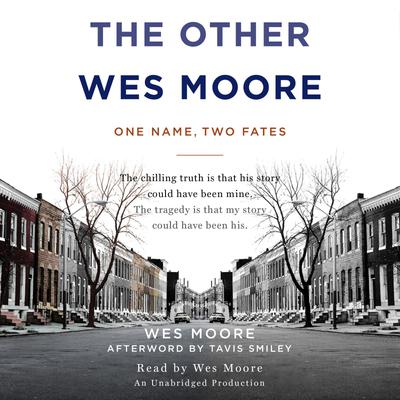 The Other Wes Moore (Digital Audiobook)

Wes Moore is a Rhodes Scholar and a combat veteran of Afghanistan. As a White House Fellow, he worked as a special assistant to Secretary Condoleezza Rice at the State Department. He was a featured speaker at the 2008 Democratic National Convention, was named one of Ebony magazine’s Top 30 Leaders Under 30 (2007), and, most recently, was dubbed one of the top young business leaders in New York by Crain’s New York Business. He works in New York City.