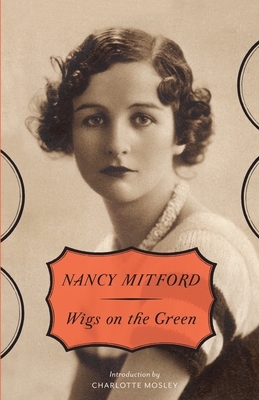 Wigs on the Green

Nancy Mitford’s most controversial novel, unavailable for decades, is a hilarious satirical send-up of the political enthusiasms of her notorious sisters, Unity and Diana.

Written in 1934, early in Hitler’s rise, Wigs on the Green lightheartedly skewers the devoted followers of British fascism. The sheltered and unworldy Eugenia Malmain is one of the richest girls in England and an ardent supporter of General Jack and his Union Jackshirts. World-weary Noel Foster and his scheming friend Jasper Aspect are in search of wealthy heiresses to marry; Lady Marjorie, disguised as a commoner, is on the run from the Duke she has just jilted at the altar; and her friend Poppy is considering whether to divorce her rich husband. When these characters converge with the colorful locals at a grandly misconceived costume pageant that turns into a brawl between Pacifists and Jackshirts, madcap farce ensues. Long suppressed by the author out of sensitivity to family feelings, Wigs on the Green can now be enjoyed by fans of Mitford’s superbly comic novels.

Praise For Wigs on the Green…

“Mitford has a gift for detecting the absurdities of character.” —The Times Literary Supplement (London)

“Devastatingly witty, Miss Mitford [was] one of Britain’s most piercing observers of social manners.” —The New York Times

Nancy Mitford, daughter of Lord and Lady Redesdale and the eldest of the six legendary Mitford sisters, was born in 1904 and educated at home on the family estate in Oxfordshire. She made her debut in London and soon became one of the bright young things of the 1920s, a close friend of Henry Green, Evelyn Waugh, John Betjeman, and their circle. A beauty and a wit, she began writing for magazines and writing novels while she was still in her twenties. In all, she wrote eight novels as well as biographies of Madame de Pompadour, Voltaire, Louis XIV, and Frederick the Great. She died in 1973. More information can be found at www.nancymitford.com.
Loading...
or
Not Currently Available for Direct Purchase