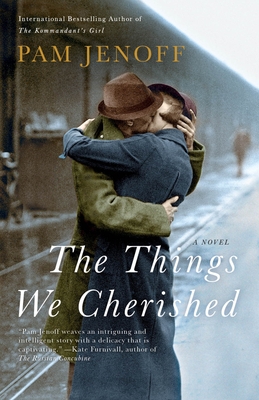 "At once a historical mystery, a legal thriller, and a romance novel."—The Philadelphia Inquirer • Charlotte Gold is shocked when her ex-fiancé Brian appears on the doorstep of her law office with a troubling case.

Roger Dykmans, a wealthy financier and the brother of a Holocaust hero, has been accused of World War II-era war crimes, including the betrayal of his brother and the Jews he tried to save. All Charlotte needs to do is travel to Munich and help Brian’s estranged brother Jack prove Roger’s innocence.

Despite her misgivings, Charlotte agrees, but the case is soon hindered by the client himself. Roger refuses to help with his own defense, revealing only that proof of his innocence lies inside an intricate timepiece last seen in Nazi Germany. As Jack and Charlotte track the anniversary clock through the past century, they learn of Roger’s love for his brother’s Jewish wife, Magda, and the tragic decisions he had to make to save her—all the while fighting a growing attraction of their own.


Praise For The Things We Cherished…

“Jenoff weaves an intriguing and intelligent story with a delicacy that is captivating.” —Kate Furnivall, author of The Russian Concubine

“A bittersweet story of loves old and new, of men and women trying to survive in perilous times.” —Richmond Times-Dispatch

“Opens a provocative window onto the continuing effort to bring Nazi war criminals to justice, and the complexities involved in making legal and moral judgments decades later. . . . At once a historical mystery, a legal thriller, and a romance.” —The Philadelphia Inquirer

“Provocative. . . . A story of human emotion, physical necessity, love and hate. The author conveys the pain of a period none can forget, and the feelings we have that can be all too painful.” —The Baltimore Jewish Times

“A skillfully rendered tale of undying love, unthinkable loss and the relentless grip of the past on the present.” —Kirkus Reviews

“Has undeniable intrigue.” —The Jewish Chronicle

“A powerful novel rich in period detail, The Things We Cherished is a fascinating contemporary and historical drama, a unique glimpse into a disappearing world, and a reminder that past and present often come together in unexpected ways.” —Booklist

PAM JENOFF is the author of The Kommandant’s Girl, The Diplomat’s Wife, Almost Home, and Hidden Things. She attended George Washington Univer­sity, Cambridge University in England, where she received a master’s in history, and the University of Pennsylvania Law School. A former Special Assis­tant to the Secretary of the Army and State Department officer, she lives in Philadelphia, where she works as an attorney.
Loading...
or support indie stores by buying on