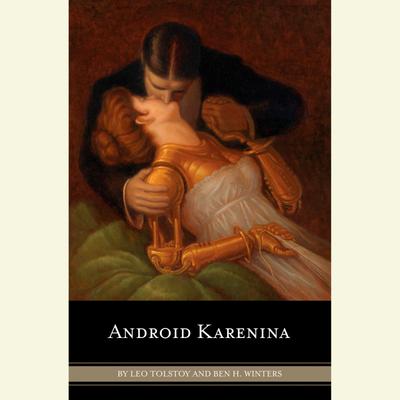 As in the original novel, the story follows two relationships: the tragic adulterous romance of Anna Karenina and Count Alexei Vronsky, and the much more hopeful marriage of Nikolai Levin and Kitty Shcherbatskaya. These four, yearning for true love, live in a steampunk-inspired 19th century of mechanical butlers, extraterrestrial-worshiping cults, and airborne debutante balls. Their passions alone would be enough to consume them—but when a secret cabal of radical scientific revolutionaries launches an attack on Russian high society’s high-tech lifestyle, our heroes must fight back with all their courage, all their gadgets, and all the power of a sleek new cyborg model like nothing the world has ever seen.

Ben H. Winters is coauthor of the New York Times Best Seller Sense and Sensibility and Sea Monsters, which was hailed by The Onion A.V. Club as a “sheer delight” and by Library Journal as “strangely entertaining, like a Weird Al version of an opera aria.” Mr. Winters lives in Brooklyn.