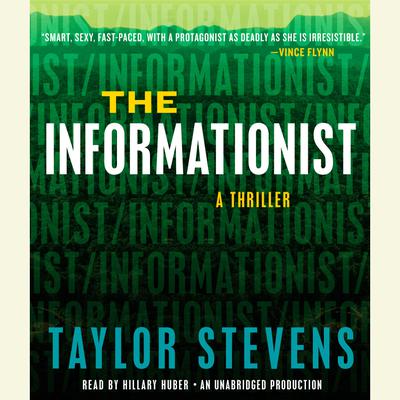 Governments pay her.
Criminals fear her.
Nobody sees her coming.

The first book in the Vanessa Michael Munroe series, gripping, ingenious, and impeccably paced, The Informationist marks the arrival or a thrilling new talent.

“Stevens’s blazingly brilliant debut introduces a great new action heroine, Vanessa Michael Munroe, who doesn’t have to kick over a hornet’s nest to get attention, though her feral, take-no-prisoners attitude reflects the fire of Stieg Larsson’s Lisbeth Salander….Thriller fans will eagerly await the sequel to this high-octane page-turner.”
—Publishers Weekly, starred, boxed review

Born into the Children of God, raised in communes across the globe, and denied an education beyond the sixth grade, Taylor Stevens broke free of the cult in order to follow hope and a vague idea of what possibilities lay beyond. She now lives in Texas, and is writing a third Vanessa Michael Munroe novel.