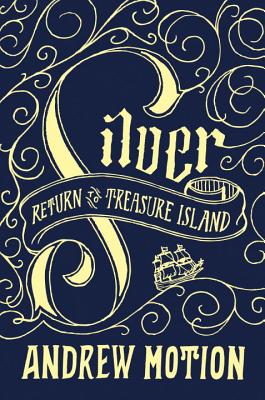 It's almost forty years after the events of Robert Louis Stevenson's Treasure Island:  Jim Hawkins now runs an inn called the Hispaniola on the English coast with his son, Jim, and Long John Silver has returned to England to live in obscurity with his daughter, Natty. Their lives are quiet and unremarkable; their adventures have seemingly ended.
But for Jim and Natty, the adventure is just beginning. One night, Natty approaches young Jim with a proposition: return to Treasure Island and find the remaining treasure that their fathers left behind so many years before. As Jim and Natty set sail in their fathers' footsteps, they quickly learn that this journey will not be easy.  Immediately, they come up against murderous pirates, long-held grudges, and greed and deception lurking in every corner. And when they arrive on Treasure Island, they find terrible scenes awaiting them—difficulties which require all their wit as well as their courage.  Nor does the adventure end there, since they have to sail homeward again...
Andrew Motion’s sequel—rollicking, heartfelt, and utterly brilliant—would make Robert Louis Stevenson proud.

"With 'Silver,' Andrew Motion places the poet adventurer up in the sky where he belongs, coasting and gliding in favorable winds, pointing the way to literary treasure." —New York Times Book Review

“Deft, wildly imaginative. . . . Every chapter crackles with energy and action. Lies, betrayals, romance, humor—expect them all. . . . A page-turner that thoughtfully questions its own world—and makes you long for a sequel to the sequel.” —Oprah.com

“Crammed with incident, intrigue and peril. . . . One gets easily swept up by the suspenseful story Silver tells, and the excitement, dread and courage of its young narrator and his companions.” —Seattle Times

And More Praise from the UK

“Elegant, affectionate homage to Robert Louis Stevenson … A piece of writing born of genuine love and respect for the original.”  —The Sunday Times

“Deeply pleasing and convivial. . . . As with Treasure Island, Silver is left open to the possibility of its own sequel, and surely no one would wish Motion to swallow the anchor.” —The Guardian

“[Motion] reinvents Stevenson’s world to reveal its dark underside, illuminating both its mysterious beauty and its grim immortality. . . . Stands in its own right as a companion volume to a literary classic” —The Observer

“[An] elegant, thrilling sequel. . . . Motion’s prose, vivid and glowingly poetic, is a brilliant counterpoint to the fascinating action.” —The Daily Mail

ANDREW MOTION served as Poet Laureate of the UK for ten years and was knighted for his services to literature in 2009. He is now professor of creative writing at Royal Holloway College, University of London, and a fellow of the Royal Society of Literature. "From the Trade Paperback edition."
Loading...
or
Not Currently Available for Direct Purchase