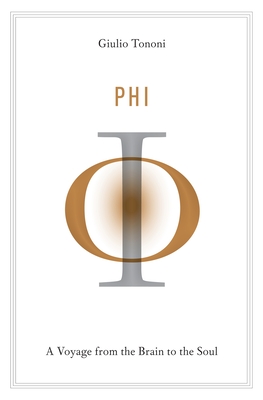 A Voyage from the Brain to the Soul

This title is printed in full color throughout.

From one of the most original and influential neuroscientists at work today, here is an exploration of consciousness unlike any other—as told by Galileo, who opened the way for the objectivity of science and is now intent on making subjective experience a part of science as well.

Galileo’s journey has three parts, each with a different guide. In the first, accompanied by a scientist who resembles Francis Crick, he learns why certain parts of the brain are important and not others, and why consciousness fades with sleep. In the second part, when his companion seems to be named Alturi (Galileo is hard of hearing; his companion’s name is actually Alan Turing), he sees how the facts assembled in the first part can be unified and understood through a scientific theory—a theory that links consciousness to the notion of integrated information (also known as phi). In the third part, accompanied by a bearded man who can only be Charles Darwin, he meditates on how consciousness is an evolving, developing, ever-deepening awareness of ourselves in history and culture—that it is everything we have and everything we are.

Not since Gödel, Escher, Bach has there been a book that interweaves science, art, and the imagination with such originality. This beautiful and arresting narrative will transform the way we think of ourselves and the world.


Praise For Phi: A Voyage from the Brain to the Soul…

“Both playful and philosophical, this extravagant book addresses questions about the root of consciousness in a unique way...The book is a visual delight as well as an impressive read, its lavish artwork and literary references demonstrating just how fully complementary art and science can be.”
—Publishers Weekly, starred review

“Giulio Tononi is a man of bold and original mind who has developed a fundamental new theory of consciousness. In Phi, he calls on all the resources of drama, metaphor, and the visual arts to present his scientific insights, in the form of imaginary dialogues in which Galileo meets Francis Crick, Alan Turing, and other major thinkers of the twentieth century. This is an astonishing (and risky) literary device, but Tononi pulls it off triumphantly. He makes the deepest neuroscientific insights come alive.”
—Oliver Sacks, author of Musicophilia

“You may or may not endorse Giulio Tononi’s views on how the brain generates consciousness, but you can certainly agree that his book is a garden of intellectual delights.”
—Antonio Damasio, author of Self Comes to Mind and Descartes’ Error

“This wonderful book reads like a popcorn novel but informs like a primer on consciousness and where it comes from. By turns exciting, challenging, and thought provoking, Giulio Tononi’s marvelous imagination explores the origin of thought, sensation, and feeling. Learning about the difference between the cerebrum and the cerebellum doesn’t sound like fun, but here you encounter them amidst fat friars shouting in vulgar Latin, nymphs of radiant beauty, and a mysterious juggler on a unicycle. I’ve always taken pride in being a conscious, sentient being; after reading Phi, I’m beginning to understand what it means when I say that!”
—Leonard Mlodinow, author of Subliminal

“An original, provocative tale of a scientist’s quest to understand how the brain generates consciousness…A challenging, rewarding read that will undoubtedly alter your consciousness.” –Kirkus

“Tononi has pushed the study of consciousness forward…the book is lavishly illustrated with paintings and scientific images, poetically written, and unashamedly speculative, weighing some of the ‘meaning of life’ questions Tononi has been thinking about during his long career as a consciousness researcher. It’s a fascinating celebration of the complexity of the brain and mind.” –Boston Globe

Giulio Tononi is a professor of psychiatry, the David P. White Professor of Sleep Medicine, and the Distinguished Chair in Consciousness Science at the University of Wisconsin. In addition to the major scientific journals, his work has appeared in New Scientist, Science Daily, and Scientific American. His research has been the subject of articles in The New York Times and The Economist. He is the coauthor, with Nobel laureate Gerald Edelman, of A Universe of Consciousness.