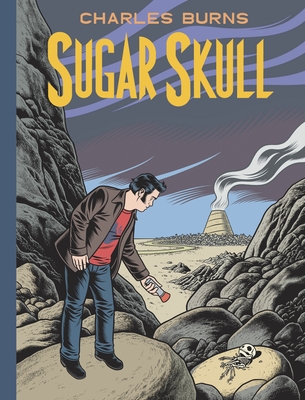 The long, strange trip that began in X'ed Out and continued in The Hive reaches its mind-bending, heartbreaking end, but not before Doug is forced to deal with the lie he's been telling himself since the beginning. In this concluding volume, nightmarish dreams evolve into an even more dreadful reality...

(With full-color illustrations throughout.)

CHARLES BURNS grew up in Seattle in the 1970s. His work rose to prominence in Art Spiegelman’s Raw magazine in the mid-1980s, and since he has worked on a wide range of projects including album covers, ad campaigns, and set design. He has illustrated covers for Time, The New Yorker, and The New York Times Sunday Magazine, and is cover artist for The Believer. Black Hole received Eisner, Harvey, and Ignatz awards in 2005. Burns lives in Philadelphia with his wife and daughters.

Patrick Lohier, boingboing.net
“The coloring is vivid and captivating, and Burns has written a deeply rewarding, albeit heart-wrenching conclusion.”
or
Buy Here
Copyright © 2020 American Booksellers Association