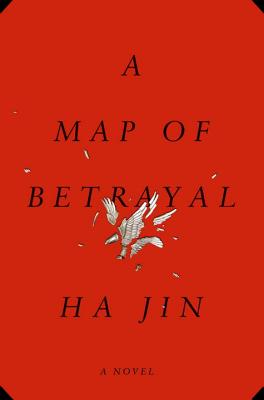 A Map of Betrayal

A "Christian Science Monitor" Best Book of the Year
From the award-winning author of "Waiting" and "War Trash: " a riveting tale of espionage and conflicted loyalties that spans half a century in the entwined histories of two countries China and the United States and two families.
When Lilian Shang, born and raised in America, discovers her father's diary after the death of her parents, she is shocked by the secrets it contains. She knew that her father, Gary, convicted decades ago of being a mole in the CIA, was the most important Chinese spy ever caught. But his diary, an astonishing chronicle of his journey as a Communist intelligence agent, reveals the pain and longing that his double life entailed and point to a hidden second family that he d left behind in China. As Lilian follows her father's trail back into the Chinese provinces, she begins to grasp the extent of his dilemma: he is a man torn between loyalty to his motherland and the love he came to feel for his adopted country. She sees how his sense of duty distorted his life, and as she starts to understand that Gary too had been betrayed, Lilian finds that it is up to her to prevent his tragedy from endangering yet another generation of Shangs.
A stunning portrait of a multinational family and an unflinching inquiry into the meaning of citizenship, patriotism, and home, "A Map of Betrayal" is a spy novel that only Ha Jin could write.

HA JIN left his native China in 1985 to attend Brandeis University. He is the author of six novels, four story collections, three volumes of poetry, and a book of essays. He has received the National Book Award, two PEN/Faulkner Awards, the PEN/Hemingway Foundation Award, the Asian American Literary Award, and the Flannery O Connor Award for Short Fiction. In 2014 he was elected to the American Academy of Arts and Letters. Ha Jin lives in the Boston area and is a professor of English at Boston University."