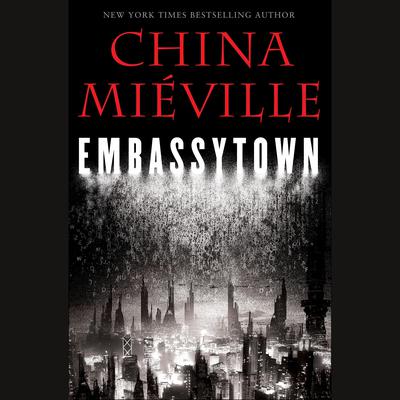 China Miéville doesn’t follow trends, he sets them. Relentlessly pushing his own boundaries as a writer—and in the process expanding the boundaries of the entire field—with Embassytown, Miéville has crafted an extraordinary novel that is not only a moving personal drama but a gripping adventure of alien contact and war.

In the far future, humans have colonized a distant planet, home to the enigmatic Ariekei, sentient beings famed for a language unique in the universe, one that only a few altered human ambassadors can speak.

Avice Benner Cho, a human colonist, has returned to Embassytown after years of deep-space adventure. She cannot speak the Ariekei tongue, but she is an indelible part of it, having long ago been made a figure of speech, a living simile in their language.

When distant political machinations deliver a new ambassador to Arieka, the fragile equilibrium between humans and aliens is violently upset. Catastrophe looms, and Avice is torn between competing loyalties—to a husband she no longer loves, to a system she no longer trusts, and to her place in a language she cannot speak yet speaks through her.

China Miéville is the author of several books, including Perdido Street Station, The City & The City, and Kraken. His works have won the Hugo, the British Science Fiction Award (twice), the Arthur C. Clarke Award (three times) and the World Fantasy Award. He lives and works in London.