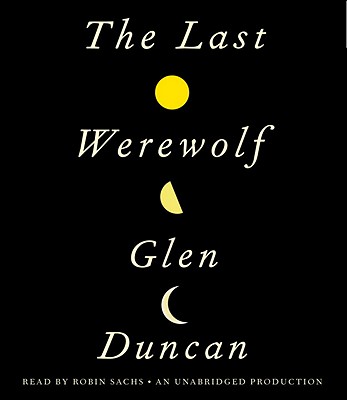 Then she opened her mouth to scream and recognised me. It was what I d been waiting for. She froze. She looked into my eyes. She said, It's you.

Meet Jake. A bit on the elderly side (he turns 201 in March), but you d never suspect it. Nonstop sex and exercise will do that for you and a diet with lots of animal protein. Jake is a werewolf, and after the unfortunate and violent death of his one contemporary, he is now the last of his species. Although he is physically healthy, Jake is deeply distraught and lonely.
Jake's depression has carried him to the point where he is actually contemplating suicide even if it means terminating a legend thousands of years old. It would seem to be easy enough for him to end everything. But for very different reasons there are two dangerous groups pursuing him who will stop at nothing to keep him alive.
Here is a powerful, definitive new version of the werewolf legend mesmerising and incredibly sexy. In Jake, Glen Duncan has given us a werewolf for the twenty-first century a man whose deeds can only be described as monstrous but who is in some magical way deeply human.
One of the most original, audacious, and terrifying novels in years.


Praise For The Last Werewolf…

Glen Duncan is the author of seven previous novels. He was chosen by both Arena and The Times Literary Supplement as one of Britain s best young novelists. He lives in London."
Loading...
or
Not Currently Available for Direct Purchase