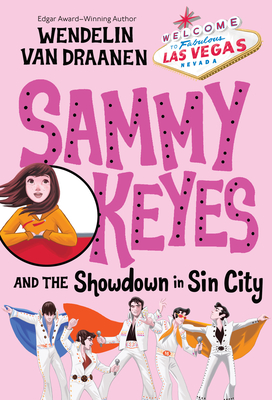 Sammy Keyes and the Showdown in Sin City

In this pivotal book in the Sammy Keyes series, Sammy tackles the persistent mysteries of her own life. Mysteries like: Who is her father? And why has her mother kept it such a secret? How long can she manage to hide out in Grams' seniors-only building before someone catches on? Is her mother really planning to marry her boyfriend's father? (Ew.) And why, why is Heather Acosta so nasty?

During one crazy weekend in Las Vegas, with the help of an entire army of Elvis impersonators, Sammy finally gets some answers. But of course knowledge comes at a price—and solving the mysteries of her own life will cost Sammy more than she ever meant to pay. . . .

Praise For Sammy Keyes and the Showdown in Sin City…