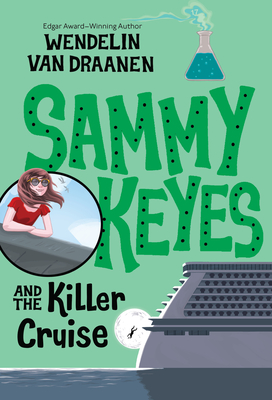 Sammy Keyes and the Killer Cruise

Sammy knew that getting to know her new rockstar dad on a cruise would be a little uncomfortable. . . . But when the heiress to a perfume empire disappears from the ship, it turns out everyone's in for a rocky ride.

In this penultimate book in the Sammy Keyes mystery series, Wendelin Van Draanen pays homage to the mystery genre. This book is a classic locked-room whodunnit—Sammy Keyes style.

Praise For Sammy Keyes and the Killer Cruise…