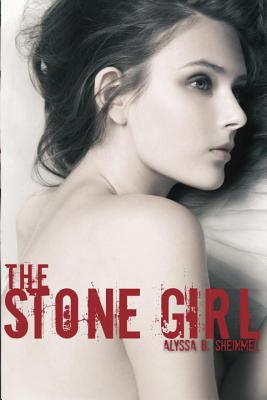 She feels like a creature out of a fairy tale; a girl who discovers that her bones are really made out of stone, that her skin is really as thin as glass, that her hair is brittle as straw, that her tears have dried up so that she cries only salt. Maybe that's why it doesn't hurt when she presses hard enough to begin bleeding: it doesn't hurt, because she's not real anymore. Sethie Weiss is hungry, a mean, angry kind of hunger that feels like a piece of glass in her belly. She's managed to get down to 111 pounds and knows that with a little more hard work--a few more meals skipped, a few more snacks vomited away--she can force the number on the scale even lower. She will work on her body the same way she worked to get her perfect grades, to finish her college applications early, to get her first kiss from Shaw, the boy she loves, the boy who isn't quite her boyfriend. Sethie will not allow herself one slip, not one bad day, not one break in concentration. Her body is there for her to work on when everything and everyone else--her best friend, her schoolwork, and Shaw--are gone. From critically acclaimed writer Alyssa B. Sheinmel comes an unflinching and unparalleled portrayal of one girl's withdrawal, until she is sinking like a stone into her own illness, her own loneliness--her own self.

Praise For The Stone Girl…

Publishers Weekly, August 20, 2012:
"This drama about a girl on the road to anorexia offers candid insights into the psychological factors underlying the condition. ...Sheinmel's depiction of her self-defeating behavior comes across as vivid and painfully truthful."

School Library Journal (online), January 8, 2013:
"Sethie’s plight will resonate not only with teens who have dealt with eating disorders but with any reader who has felt the unyielding pressure to conform to a just out-of-reach ideal."

ALYSSA B. SHEINMEL is the author of two previous novels, The Beautiful Between and The Lucky Kind. She grew up in Northern California and New York, and attended Barnard College. Alyssa lives and writes in New York City. You can visit her on the Web at AlyssaSheinmel.com.
Loading...
or
Not Currently Available for Direct Purchase