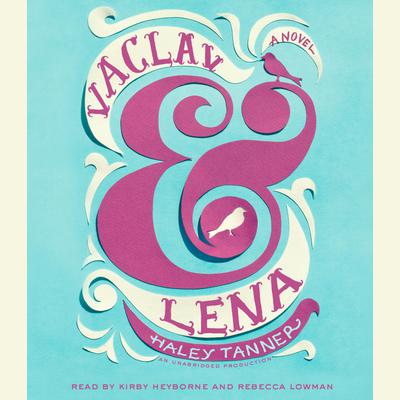 “Vaclav and Lena are both children of Russian immigrant families that have settled in contemporary Brooklyn. Seldom have the variables in immigrant experiences been written about so beautifully, resulting in a book that is both a charming love story and a dramatic page-turner. You will fall in love with both Vaclav and Lena five years old when we first meet them and 17 when Tanner's narrative ends. A wonderful debut!”
— Marian Nielsen, Orinda Books, Orinda, CA
View the List

Vaclav and Lena seem destined for each other. They meet as children in an ESL class in Brighton Beach, Brooklyn. Vaclav is precocious and verbal. Lena, struggling with English, takes comfort in the safety of his adoration, his noisy, loving home, and the care of Rasia, his big-hearted mother. Vaclav imagines their story unfolding like a fairy tale, or the perfect illusion from his treasured Magician’s Almanac, but among the many truths to be discovered in Haley Tanner’s wondrous debut is that happily ever after is never a foregone conclusion.

One day, Lena does not show up for school. She has disappeared from Vaclav and his family’s lives as if by a cruel magic trick. For the next seven years, Vaclav says goodnight to Lena without fail, wondering if she is doing the same somewhere. On the eve of Lena’s seventeenth birthday he finds out.

Haley Tanner has the originality and verve of a born storyteller, and the boldness to imagine a world in which love can overcome the most difficult circumstances. In Vaclav & Lena she has created two unforgettable young protagonists who evoke the joy, the confusion, and the passion of having a profound, everlasting connection with someone else.

“From the moment they meet, Vaclav and Lena make magic together. . . . Through all the twists and turns of the book, the most enduring theme of the novel is love.”—NPR

“Haley Tanner’s assured narrative voice finds new ways to describe emotion and character, stunning the reader again and again with small shocks of awareness. This book is sad, funny, true, and shot through with grace.”—Judy Blundell, National Book Award–winning author of What I Saw and How I Lied

“Highly recommended . . . Tanner’s captivating debut novel is a love story of unusual innocence and intensity [and] a suspenseful, literary work that is hard to put down.”—Library Journal

“A debut to savor . . . Tanner’s charming story unfolds as gracefully as a flower.”—People

“The magic Tanner makes is as dazzling as it is profound.”—Booklist

Haley Tanner was born in 1982 in New York. She holds an MFA from the New School and a BA from Clark University. She lives in Brooklyn with her two dogs and her fiancé. This is her first novel.