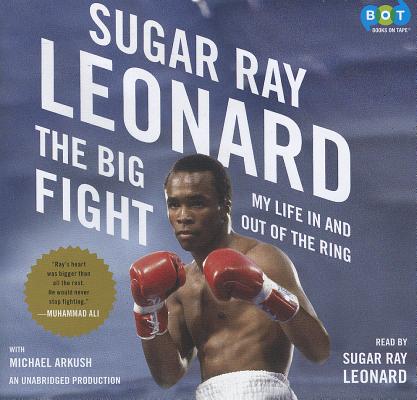 In this unflinching autobiography, one of the greatest boxing legends in America finally faces his single greatest competitor: himself. The Big Fight is the story not just of Sugar Ray the boxer, but also of Ray Leonard the man.
There were only two ways for a black man to get into the newspapers in Washington, D.C., in the 1970s, Ray tells us: the bad way--through crime--or the good way, which was boxing. Ray's remarkable talent, combined with his personal determination to build a better life for himself and his family, allowed him to rise swiftly and skillfully through the ranks of amateur boxing, and eventually to go on to win a gold medal at the 1976 Olympics. Driven to become an educated, self-made man, Ray was determined to then quit boxing and go to college. It was not to be. With very ill parents and corporations as yet unwilling to have him endorse their products, Ray went pro. What follows is a spellbinding look at the evolution of a champion and an up-close-and-personal tour through a notoriously corrupt sport and its consequences for this nuanced and complicated man. With candor and humor Ray comes to terms with his victories and failures, and with Sugar Ray and just plain Ray Leonard, and presents a remarkable portrait of the rise, fall, and ultimate redemption of a true fighter.