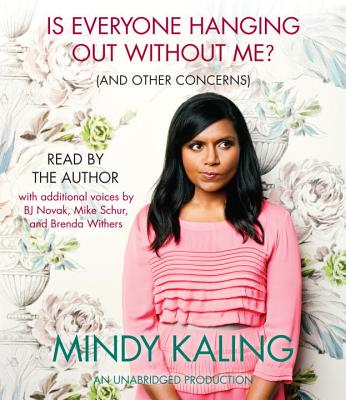 
Praise For Is Everyone Hanging Out Without Me? (And Other Concerns)…

“If you love Kelly and think the three minutes or so allotted her on episodes of The Office are too few, you can take home Mindy.” —The New Yorker

MINDY KALING is an Emmy-nominated writer and actress on NBC's The Office. She is also the creator and star of a new show, FOX's The Mindy Project. You can find her on Twitter (@mindykaling), or at her desk pretending to be writing a screenplay but actually online shopping with a memorized credit card number. She resides in Los Angeles. Her billing zip code is 90067
or
Not Currently Available for Direct Purchase