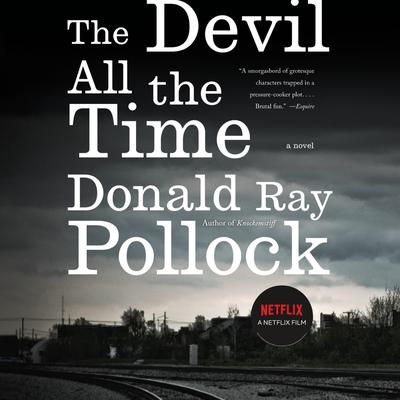 The Devil All the Time (Digital Audiobook)

A dark and riveting vision of 1960s America that delivers literary excitement in the highest degree.

In The Devil All the Time, Donald Ray Pollock has written a novel that marries the twisted intensity of Oliver Stone’s Natural Born Killers with the religious and Gothic over­tones of Flannery O’Connor at her most haunting.

Donald Ray Pollock, recipient of the 2009 PEN/Robert Bingham Fellowship, made his literary debut in 2008 with the critically acclaimed short story collection Knockemstiff. He worked as a laborer at the Mead Paper Mill in Chillicothe, Ohio, from 1973 to 2005.