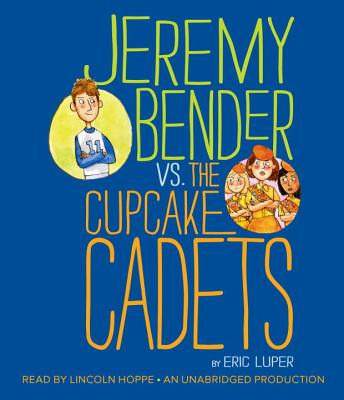 Jeremy Bender vs. the Cupcake Cadets

When eleven-year-old Jeremy Bender does major damage to his father's prized boat, he figures he has one way to avoid being grounded for life: Fix it before Dad finds out. But even if Jeremy and his best friend, Slater, combined their allowances for a year, they still wouldn't have enough money for the cost of repairs.
Inspiration strikes when the boys see an ad for the Windjammer Whirl. Sponsored by the Cupcake Cadets, the model sailboat race pays five hundred dollars to the winner. There's just one problem: You must be a Cadet and a girl to compete.
Confident that it will be the easiest money they've ever made, Jeremy convinces Slater they should dress up like girls and infiltrate the troop. But as the boys proceed to botch everything from camping to field hockey, they realize that being a Cadet is no piece of cupcake.
Can Jeremy and Slater earn their badges and win the money? Or will their Cupcake careers be over faster than you can say "vanilla frosting"?
From hardcover edition.

Visit him at http: //ericluper.com/"
Loading...
or
Not Currently Available for Direct Purchase