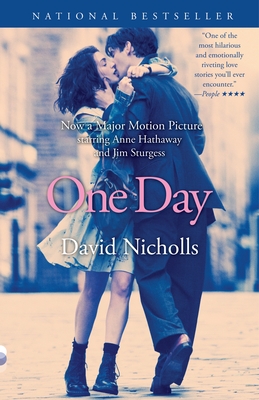 
"One of the most hilarious and emotionally riveting love stories you'll ever encounter." —People

“[One Day] will leave you hungrily eating up the words. At times, you will experience ‘can't breathe’ laughter, then ‘publicly embarrassing’ sobs. Whatever emotion, all will feel uncontrollable; precisely like the lives of the characters you so badly want to see end up together.” – Seattle Post Intelligencer

David Nicholls trained as an actor before making the switch to writing. He is the author of two previous novels—Starter For Ten and The Understudy. He has also written many screenplays for film and television, including the feature film adaptation of Starter For Ten and One Day. He lives in London.