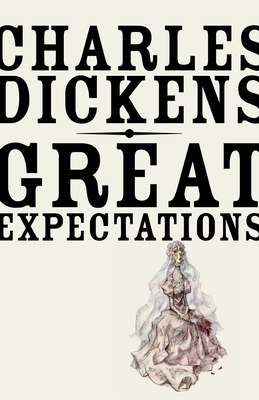 One of Charles Dickens’s most fascinating novels, Great Expectations follows the orphan Pip as he leaves behind a childhood of misery and poverty after an anonymous benefactor offers him a chance at the life of a gentleman.

From young Pip’s first terrifying encounter with the convict Magwitch in the gloom of a graveyard to the splendidly morbid set pieces in Miss Havisham’s mansion to the magnificently realized boat chase down the Thames, the novel is filled with the transcendent excitement that Dickens could so abundantly provide. Written in 1860 at the height of his maturity, it also reveals the novelist’s bittersweet understanding of the extent to which our deepest moral dilemmas are born of our own obsessions and illusions.

"No story in the first person was ever better told."

Charles Dickens (1812-1870) was born in Portsmouth, England, and spent most of his life in London. When he was twelve, his father was sent to debtor’s prison and he was forced to work in a boot polish factory, an experience that marked him for life. He became a passionate advocate of social reform and the most popular writer of the Victorian era.

The two endings to Great Expectations (see pp. 437-38 for a note about the original ending and the text of it) have been the source of endless controversy among critics. Which ending do you think is better and why?

What is the role of food and drink in the novel?

Critic Robin Gilmour argues that although Pip believes the savagery of the marshes and the refinement of Satis House are irreconcilably opposed, in fact “criminality and civilization, violence and refinement, Magwitch and Estella, are not warring opposites but intimately and inextricably bound together.” Do you agree or disagree?

What accounts for Pip’s moral regeneration in the third part of the novel?

Julian Moynahan, in a very influential essay on Great Expectations, argues that “Orlick rather than Magwitch is the figure from the criminal milieu of the novel whose relations to him come to define Pip’s implicit participation in the acts of violence with which the novel abounds,” suggesting, for example, that Orlick, in bludgeoning Mrs. Joe, merely acts as Pip’s surrogate in taking revenge on her for her cruel treatment, and that Drummle, a duplication of Orlick, is likewise a surrogate for Pip in his beating of Estella. Moynahan is in part responding to Dorothy Van Ghent’s claim in her 1953 book on the English novel that “[w]hat brings the convict Magwitch to the child Pip, in the graveyard, is more than the convict’s hunger; Pip . . . carries the convict inside him, as the negative potential of his ‘great expectations’-Magwitch is the concretion of [Pip’s] potential guilt.” Which side do you take in this debate?

How does place function in the novel? Consider such examples as the forge, the marshes, Satis House, and Newgate Prison.

Margaret Oliphant wrote in a 1862 review of Great Expectations: “So far as ‘Great Expectations’ is a sensation novel, it occupies itself with incidents all but impossible, and in themselves strange, dangerous, and exciting, but so far as it is one of the series of Mr Dickens’s works, it is feeble, fatigued, and colourless. One feels that he must have got tired of it as the work went on, and that the creatures he had called into being, but who are no longer the lively men and women they used to be, must have bored him unspeakably before it was time to cut short their career, and throw a hasty and impatient hint of their future to stop the tiresome public appetite.” Do you agree or disagree with this assessment?