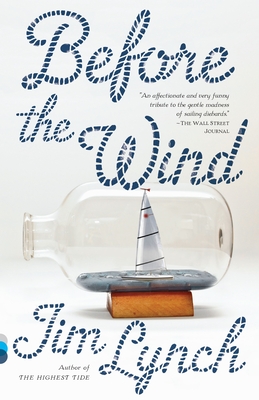 The Johannssens are a sailing family: adventurous, fanatical, and, for now, a complete and total mess. Ruby, a prodigiously talented skipper, has taken off for Africa. Bernard is god-knows-where at sea. And at thirty-one years old, Josh Johannssen, the middle child, is fixing up an old family boat and trying to figure out where it all went wrong. When Josh’s father coaxes his children home for one last yacht race, the Johannssens find themselves reunited under thrilling circumstances that will change the course of their lives. Before the Wind is a funny, tender, and big-hearted novel about a gifted, volatile family whose love for the sea rivals their love for each other.”


Praise For Before the Wind: A Novel (Vintage Contemporaries)…

Jim Lynch is the author of the novels The Highest Tide, Border Songs, and Truth Like the Sun, all of which were adapted for the stage. He’s won the Indies Choice Honor Book Award and the Pacific Northwest Booksellers Award and was a finalist for the Dashiell Hammett Prize. Lynch lives and sails with his wife in Olympia, Washington.


www.jimlynchbooks.com
Loading...
or support indie stores by buying on