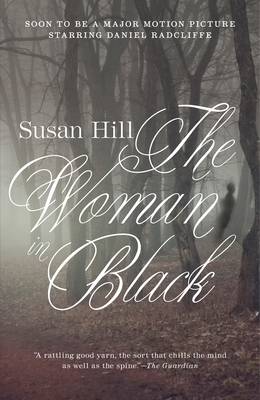 The classic ghost story from the author of The Mist in the Mirror: a chilling tale about a menacing spectre haunting a small English town. Now a major motion picture starring Daniel Radcliffe.

Arthur Kipps is an up-and-coming London solicitor who is sent to Crythin Gifford—a faraway town in the windswept salt marshes beyond Nine Lives Causeway—to attend the funeral and settle the affairs of a client, Mrs. Alice Drablow of Eel Marsh House. Mrs. Drablow’s house stands at the end of the causeway, wreathed in fog and mystery, but Kipps is unaware of the tragic secrets that lie hidden behind its sheltered windows. The routine business trip he anticipated quickly takes a horrifying turn when he finds himself haunted by a series of mysterious sounds and images—a rocking chair in a deserted nursery, the eerie sound of a pony and trap, a child’s scream in the fog, and, most terrifying of all, a ghostly woman dressed all in black. Psychologically terrifying and deliciously eerie, The Woman in Black is a remarkable thriller of the first rate.

Praise For The Woman in Black: A Ghost Story…

"A rattling good yarn, the sort that chills the mind as well as the spine." --The Guardian

"The most brilliantly effective spine chillder you will ever encounter." --The Daily Telegraph

Susan Hill has been a professional writer for over fifty years. Her books have won the Whitbread, the John Llewellyn Prize, and the W. Somerset Maugham Award, and have been shortlisted for the Booker Prize. Her novels include Strange Meeting, I`m the King of the Castle and A Kind Man, and she has also published collections of short stories and two autobiographies. Her ghost story, The Woman in Black, has been running in London’s West End since 1988. Susan is married with two adult daughters and lives in North Norfolk.
Loading...
or support indie stores by buying on