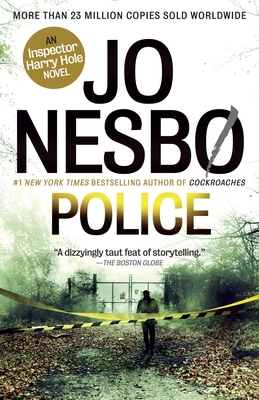 For years, detective Harry Hole has been at the center of every major criminal investigation in Oslo. His brilliant insights and dedication to his job have saved countless lives over the years. But as the killer grows increasingly bold and the media reaction increasingly hysterical, the detective is nowhere to be found. This time, when those he loves and values most are facing terrible danger, Harry is in no position to protect anyone—least of all himself.

Jo Nesbø’s books have been translated into forty-seven languages. He is the author of the Harry Hole series, the latest of which is Police, as well as Headhunters and several children’s books. He has received the Glass Key Award for best Nordic crime novel. He is also a musician, songwriter, and economist and lives in Oslo.

“Attempts at work and sleep [are] futile until it is finished.” —The Daily Telegraph
or
Buy Here
Copyright © 2020 American Booksellers Association